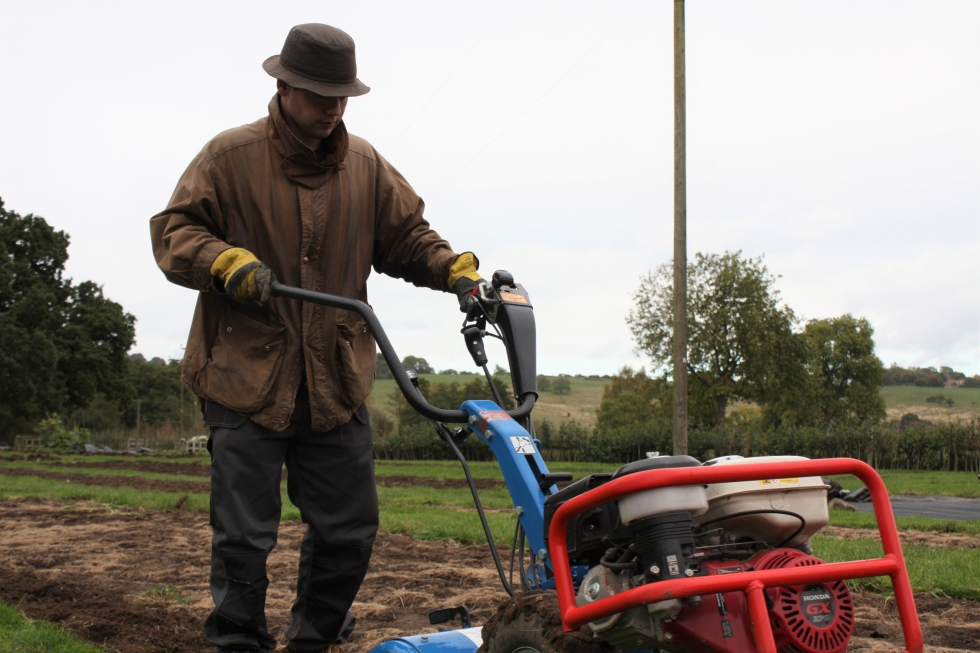 Oliver graduated with a degree in creative writing and performance acting from York University.

After graduating, his mum suggested he volunteered at one of our Social Enterprises, Park House Barns, where he worked closely with the Horticulturalist, Richard.

"Richard took me under his wing, and I began to enjoy the pace and growth, but most of all I enjoyed being outdoors in the field." Within the same year,  Oliver was given the opportunity to apply for a paid role of Assistant Horticulturalist, an opportunity he eagerly accepted, and was delighted to be successful.

Since then, Oliver has continued to develop his skills, experience and confidence, and has been promoted to Horticultural Lead in charge of the five acre field at Park House Barns.

"I enjoy watching the crops in the field grow, and the sense of achievement that accompanies this."

"I never thought we would ever see (family member) choose shopping and put it in a trolley in the supermarket, or go to a carvery and get things put on their plate, but this is happening."